If we build it, they will hire it

If you like Minis then you really like Minis with a Cooper badge on them. So obviously when looking for a Mini to add to our hire fleet we found one that didn't. There is a good reason for this. We wanted a classic 60s style Cooper rather than a later Rover Mini Cooper and, if I'm honest, they're a bit pricey. At £15,000 upwards for a decent Cooper we would have to charge a lot of money to hire it out. Plus, being an old Mini, it would probably break down a lot.
No, we needed a Mini that would be affordable to hire but with the character of an original Cooper. Of course, we were taking the first step down a well worn path. Because the original Mini must be the most modded car ever made with updated versions doubtless now outnumbering standard cars. And a lot of the modded cars are aiming to be Cooper replicas, mainly because doing so is remarkably easy. And some of them are quite hard to tell apart from the real thing. Yes, a decent Cooper replica, done right, would enable us to offer a Cooper-esque experience but at under £100 per hire day.
Mini Cooper replicas fall into two categories - extreme and not extreme. We looked at the existing Cooper replicas for hire and decided that they were just too 'out there' for most of our customers with rally-style stickers and similar go-faster paraphernalia. We wanted something more stylish and useable. The original Coopers were subtly modded with wider wheels and arches and were proper street sleepers, bereft of endless spotlights. That was the look we wanted.
We began looking for a Mini that had been mildly Cooperised, a project that we could finish and make our own. We could easily have taken a rotten car and rebuilt it - our mechanic Julian has a lot of experience with this - but with a huge workload in the workshop this wasn't practical. A part-finished project would enable us to short cut the process and get the car on hire quickly.
There are a lot of Minis for sale. There are a lot of very nice Minis and quite a lot of not so nice ones, and the asking price is not much of a guide to either. As luck would have it we chanced on an Old English White Cooper replica in Exmouth, very close to our new Devon base. The car had been restored from a wreck by a local mechanic. Fortunately he'd stopped at exactly the point we wanted to start - the bodywork and paint had been done but the interior and detailing needed sorted. A last minute EBay bid and the car, otherwise overlooked by Ebayers, was ours.
We picked the car up at the end of July and were very impressed by the standard of work and quality of the paintwork. The car started life as a red Mini City but is now a white (with black roof) Cooper replica. With its after market Cooper badges it fools most people. We bought the car with a MiniMayfair  interior and a carpet that wouldn't have looked out of place in a car showroom, but on the floor. Julian and his apprentice James ripped all that out and today we installed new red carpets and black Cobra bucket seats with matching rear bench. The car is really beginning to come together. Next we will fit some chrome bullet rear view mirrors, tidy up the dashboard and other minor areas and fit an older registration plate.The car will be ready to hire from this weekend.
What about the engine? Well, for now we'll keep it standard. Minis are about corners not straights so eking a few extra horsepower out of the engine at the risk of compromising reliability doesn't seem the right approach for a hire car.  But we'll listen to customer feedback.
We'll be adding new photos and information about the Mini to the website shortly. In the meantime to pre-book hire call us on 01527893733. Hire is just £95 for 24 hrs or £160 for 48 hrs, including unlimited mileage, insurance for 1 driver and full UK breakdown cover. The car is based at our Cotswolds site south of Birmingham. In the meantime, here are a couple of photo tasters. It may not be a proper Cooper but it's about a third of the price to hire as a result.
Www.greatescapecars.co.uk
01527 893733 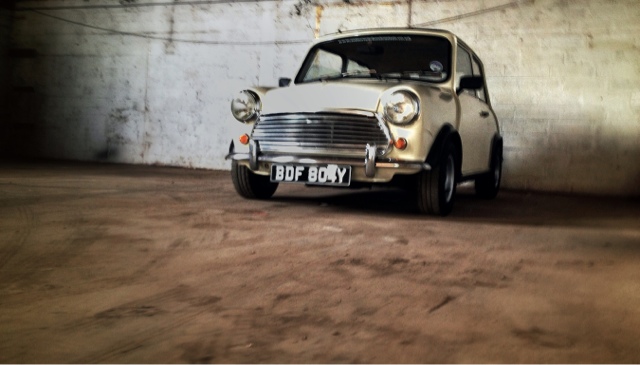 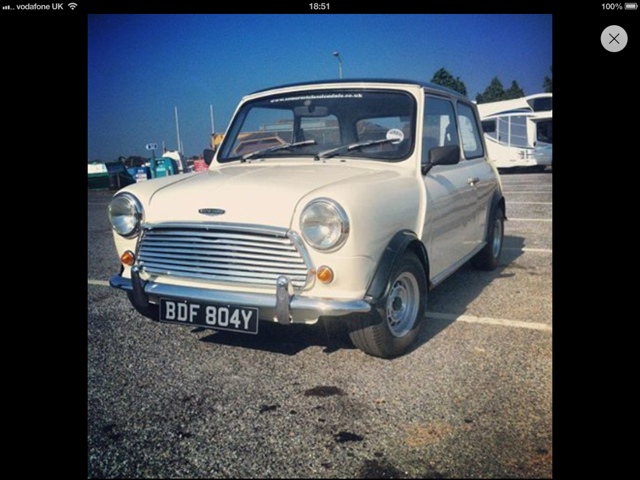 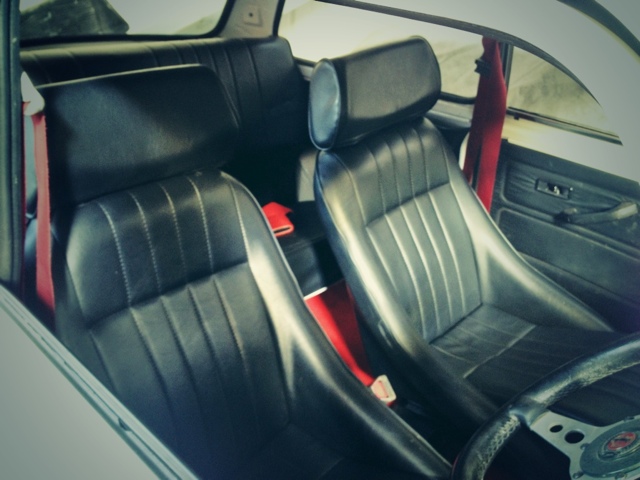