When Italy Went To War 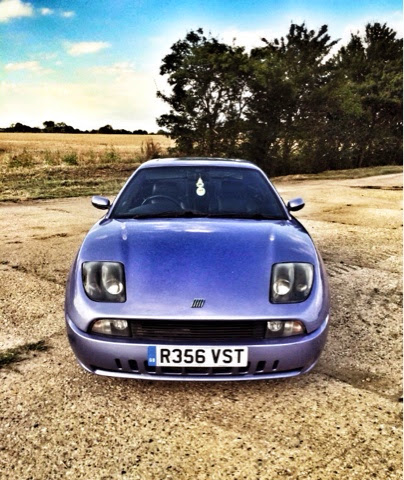 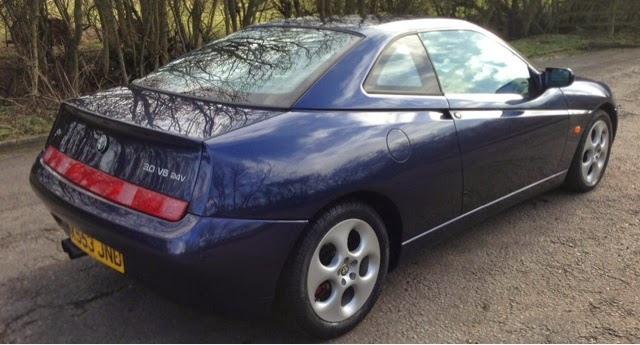 Its time has come

Some cars are born great, some cars achieve greatness and others have greatness thrust upon them. It's perhaps the latter category into which the Austin Allegro falls. Few cars can have captured the public imagination quite like the All-Aggro.
I've been, well, not quite watching but perhaps casually glancing at the hapless lives of the few remaining Allegros for a couple of years. As possibly the most derided car of the last 40 years the humble Austin presses my irony buttons as a hire fleet addition, perhaps as a eild card option on our corporate and customer rallies.
Recently I'd begun to wonder if perhaps I hadn't missed the boat as supply is clearly outstripping demand and as a result prices are skyrocketing. £1,500 is the entry price for a car with MOT, much more gets you a very good one. Eh?
What seems to be happening is that the All-Aggro's outsider status has hit a nerve with a wider audience than pure Allegroholics, a relative youthful audience who never experienced the heartache of owning one or having to see Allegros on the daily commute. This new band of fans has assessed the Allegro afresh and found it is good.
All of which is rather odd for anyone who grew up with the diminutive Austin. Because it is by any measure rubbish. It looks awful - it was nicknamed The Squashed Bean - and it does most things badly or not very well. It doesn't handle, it has no performance, it's noisy, it's uncomfortable. Etc etc. The only time it doesn't do everything badly is when it's broken down.
Car buyers in the 1970s were generally conservative. There is a fine line to be drawn between daring and daft and, in the 70s, a car with a square steering wheel didn't sit on the right side of that divide.
This isn't a subjective assessment. When it was new nobody liked the Allegro. Sure, it sold in healthy numbers but this was in an era, hard to remember now, when buying non-British was disloyal and left-field. The only decision to be made when buying an Allegro was 'which one?'
It shouldn't have been like this. The Allegro's predecessor, the 1100/1300 was brilliant. When BL formed it brought together a team of existing and drafted-in talent that was the envy of the world. The result, sadly, was the Allegro.
The Allegro's story has been told many times, a tale of compromises and miscalculations. Essentially it is the story of poor leadership, of failing to see the wood for the trees. As compromise heaped on compromise nobody within BL seemed to realise how far they's moved away from the original idea.
And yet the Allegro isn't actually as hideous as its reputation suggests. Compared to its peers it did most things competently if not exactly well. The things it was good at, like being spacious, weren't really valued by 70s car buyers, particularly if the pay-off was a car that looked as if it had been designed in the dark. Where it excelled, and where it sealed its fate, was in its ability to break down. This was largely due to shoddy build quality, although poor engineering didn't help either. Couple that to its challenging looks and you had a car, back in the 70s, that had all the ingredients for a national joke. The Allegro came to epitomise what we t wrong with the British motoring industry, which had grown lackadaisical through bloated size and lack of competition and too focussed on making the cars it believed people wanted, not the ones they actually did. Pitted against the VW Golf and Alfasud the Allegro looked like a national embarrassment.
Few people are laughing now. The scattering of remaining Allegros are sought after and now we have one, a base model 1.1 Allegro 3 in white with brown interior. It needs some love but we'll put it on hire for 2015 after some renovation.
For a company more used to hiring out E Types, hiring out an Allegro makes quite a lot of sense. The car's broadening appeal  means demand is growing to sample one of the most infamous cars in British motoring history.
We'll keep the hire price of the All-Aggro low, to match expectations. And we'll do our best to make it reliable. But, be warned, in that respect we aren't starting from a happy place.
For more details call 01527 893733 or visit http://www.greatescapecars.co.uk 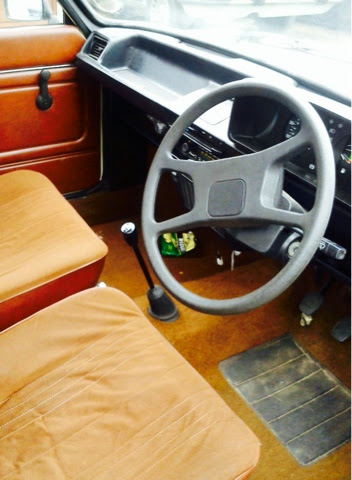