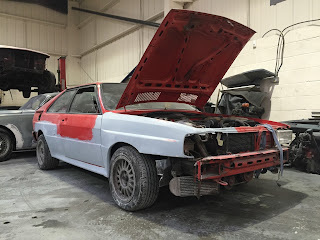 This Audi Quattro came off our hire fleet in the autumn rather more suddenly than we'd expected: a bash on hire meant it was unuseable for customers. 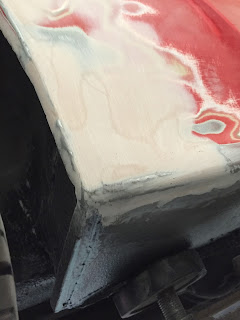 Normally we would rectify bodywork using new panels, particularly on a relatively youthful car like this 1984 Quattro. However, OEM panels are extremely expensive and a very poor fit: the work required to make the new panel align would probably be greater than attempting to repair the existing wing. Factor in previous bodges, which had adjusted the bodywork lines, and new metal would have involved considerable work. 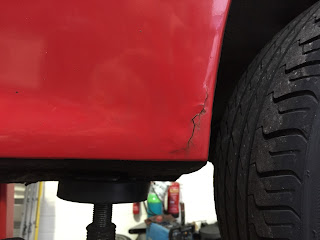 The Audi project therefore presented us with the classic 'bodge or better?' conundrum. To sort out the panel and body lines would have required stripping the car right back to bare metal throughout and probably involved new doors and rear panels. This would have massively increased the cost of the job, potentially questioning the viability of repair. 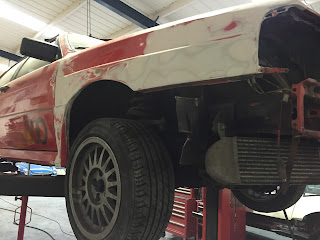 We decided to repair the existing panels and work with what we had: this, we are confident, will create a repair that is indistinguishable from the more expensive job.  It will return the car to the road faster and to a much higher standard than previously. Given the level of skill required to do this properly, I'm not sure if you can really call it a bodge. 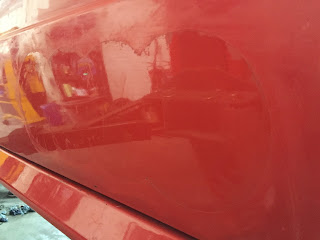 We repaired the wing with patch panels and stitched new metal into the sills. Stripping the car revealed a bizarre previous respray: the bodyshop painted around the Audi decals on the doors rather than remove them and do the job properly.
The car's owner has decided on our recommendation to get the car fully resprayed: the poor condition of the paint warrants this invest.
At the end of November the car is in primer and ready for paint. It will be painted and reassembled during December and January.

To find out more about our workshop call 01527 893733 or visit www.greatescapecars.co.uk 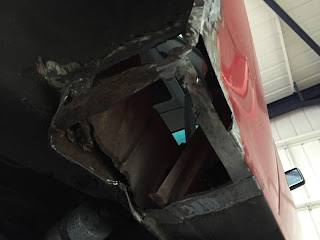 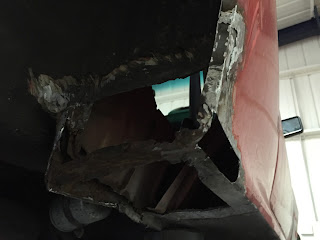 I have just installed iStripper, and now I enjoy having the hottest virtual strippers on my taskbar.