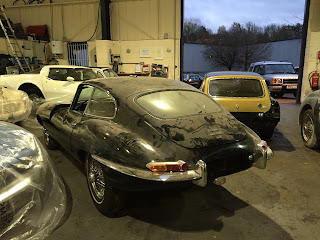 When a car like an E Type has been off the road for several years, recommission doesn't quite nail the complexity of the task.
We approached this task by undertaking a ramp assessment. We run several E Types on our daily hire fleet so are familiar with their weaknesses and the typical areas for attention.  This car was surprisingly solid, thanks to life in a dry climate, but our report to the owner was inevitably lengthy. The engine had not run for some time so would need a full service, carburettor overhaul, new starter and distributor plus various hoses replaced. 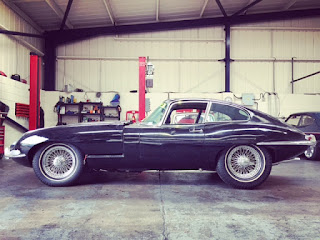 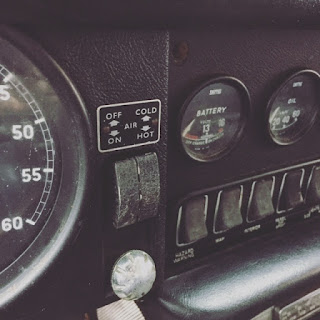 The fuel lines were also in very poor condition, along with the fuel tank and brakes. New pads, calipers, servo and master cylinder would be required. The exhaust system, clutch master and slave cylinders, ball joints and track rod ends all needed replacement.  To some extent this is exactly the list you would expect when a car has been unused for many years. There were also localised areas of rot to the chassis, but nothing particularly significant.
During October we attended to the welding and fuel system, including replacing the tank. The carburettors were sent off for refurbishment along with the calipers: these items tend to have long lead times so are best tackled early on.
Comparing this LHD car to our V12 and straight six RHD cars has been interesting: aside from the engine specification changes, the LHD car features the above unusual dashboard arrangement. On an E Type the heater and choke controls are on opposite sides of the car.  Rather than switch the heater and choke controls around to suit LHD markets, Jaguar just left the controls in the same place.  So American drivers have easy access to the heater controls - less so the for the choke, which is in front of the passenger.
For more details on our workshop call 01527 893733 or visit www.greatescapecars.co.uk.
at November 26, 2015

To learn more about the insurance company that provides these cheap car insurance rates. http://www.autoandgenerals.com/cheap-car-insurance-uk-and-us/

In the event that you purchase repossessed autos, don't imagine that these autos are dependably not doing so great. You will be astonished to realize that some of these repossessed autos are in fresh out of the plastic new condition. You can get a historical verification on the vehicle you wish to purchase; New Suzuki cars for sale you ought to likewise have the capacity to do a little research on its history and records.

Looking to plan for a holiday destination abroad? checkout our list of top 20 destinations in the world, best tourist spots you should select from. Visit: http://www.viralposthub.com/top-20-destinations-in-the-world-visited-tourist-attractions/