The arguments for and against the MOT exemption

A few years ago the Government introduced a MOT exemption for pre-1960 cars. Back then, when we were really in the grip of EU legislation, the argument prompted by the MPs and interest groups allegedly representing car enthusiasts was that exemption was the lesser of two evils. That, in effect, it prevented older cars being taken off the road as the MOT test got more complicated.
This all happened rather under the radar. The first most people knew about it, including the specialist car press, was when it had happened. Most seemed to agree it was silly. But not everyone.
Now the Government is proposing to roll back the exemption to include cars of 40 years old and possibly 30 years old. Anyone reading the consultation questionnaire has to conclude it seems a foregone conclusion. So here are the arguments for and against.
1. MOT exemption secures the on-road future of classic cars in the face of a more complex MOT examination
The MOT is becoming less and less suited to older cars. But does that mean we should exempt them? Or does it mean we need a new system that can include older cars?
2. Old car owners are fastidious and wouldn't drive an unsafe car
Putting aside the assumption that all classic car owners can assess the safety or otherwise of their car, this is a weak argument. Some, perhaps many classic car owners can check their car's safety authoritatively. But do they? And, faced with the financial consequences of repair, will they? And what about the chumps like myself who know nothing about maintenance?
3. Old cars do few miles so are low risk
This is the 'chance in a million' argument. It's one anyone involved in a car accident will immediately dismiss. Accidents happen. By chance. The chance of an accident is identical every time every driver turns the key. It is not less for low mileage classics. That's how the laws of chance work.
4. It would cost too much to adapt the MOT to include old cars forever
Would it? Road safety, apparently, matters. That's why we are rightly penalised for using our mobile phones and for speeding. Exempting some cars from the MOT means our Government's enthusiasm for road safety has convenient limits. And that can't be right.
5. Classic car owners should welcome the roll back of red tape
I own a few classics. Not MOTing my cars will save me a lot of money. But do I want the risk? I need to be able to show my insurer that my car is roadworthy. Without a MOT how will I do that?
6. The exemption system works just fine elsewhere
Some American states exempt old cars from annual tests. Good for them. Perhaps it works. I don't want to find out. I want a qualified man to run through an array of tests to tell me my car is safe to drive at 60mph near other cars. With me in it and probably my dearest and newarest.
7. The MOT is only a 'moment in time' test so not worth the paper it's written on
It is irrefutably true that a car is only safe for the 40 minutes of a successful MOT. For the other 364 days and 23 hrs until it's next test it could be a murder machine. Except the MOT does show up a poorly maintained car. And simple economics tend to force them off the road. Without a MOT that won't happen. The MOT may not be perfect but it's surely better than nothing.
I'm not claiming the MOT is perfect.But the idea that we should junk it in place of self assessment makes no sense to me. Great Escape Cars is firmly against exempting ANY cars from the MOT. You can make your voice heard here: https://www.facebook.com/GreatEscapeCars/posts/10154625513742710 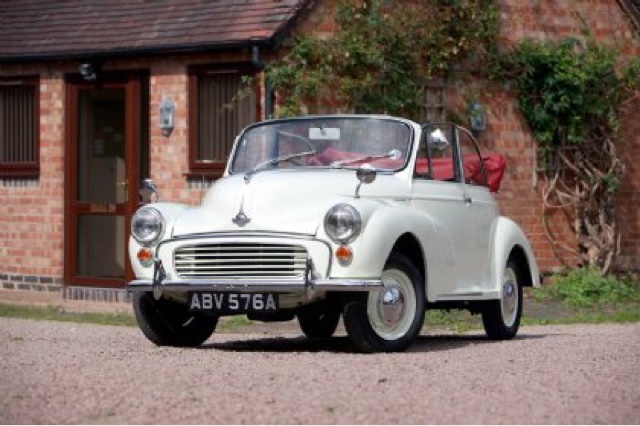 Love seeing vintage cars such as this one, very pretty body to this particular model.
Khloe