The Cars That Made Britain Great

Back in the good old days, somewhere between 1956 and 1967, Britain made the best cars in the world.  Here at Great Escape Cars as we battle daily with the grim reality of post-war Britain's less than stellar commitment to manufacturing quality, it can sometimes seem otherwise. But one look at the swooping line of an E Type or the gleaming chrome of a Mk2 and you have to concede it's a hard statement to fault.

So here, for your delectation and debate, are our favourite cars from Britain's post-war era.  They may not have helped make Britain great - in fact some did quite the opposite - but all, in their own way, show why we are Great Britain.

Any car that continues to top Most Beautiful and Most Desirable polls 55 years after it first hit the road has to be a work of genius.  The E Type may not be the last word in driving finesse, but when a car looks this good it really doesn't matter. With the illustrious E Jaguar had the world at its feet.  And then came British Leyland... 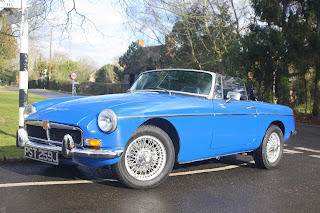 Lets be honest, there is nothing special or especially great about the MGB. And yet, in its humble and unassuming way, it is wonderful. Simple, pretty, practical and reliable, the venerable B made convertible motoring popular and few cars can claim to be loved by so many. The B's longevity displays its brilliance - a car that remained relevant 20 years after it first went on sale.

In the 1960s Lotus had it all: superb designs, brilliant engines and a charismatic leader driving the business forward.  But like the most of the rest of the British motor industry, it had an Achilles heel - reliability.  The Elan typifies the problem - a brilliant little sports car with performance, practicality and style.  And terrible reliability. 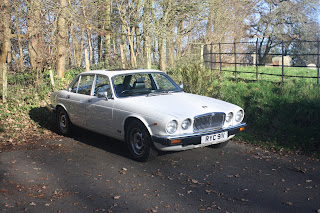 The Jaguar Mk2 might be the saloon car darling of the classic car world but it is the XJ that is the better car. With the cossetting ride of a Rolls Royce, the svelte looks of a sports car and a super smooth V12 under the bonnet, the XJ had all the ingredients of a world-beater.  Such was demand that there was a 12 month waiting list. As the car's reputation for catastrophic reliability took hold, orders dwindled and Jaguar was pushed into endless rehashes and updates on the same basic design. Only with early 00's XJ was the original 1960s architecture thrown away...

Aston Martin hasn't made many cars but those it has produced have, generally, been brilliant. The DB5, even without James Bond, would have been brilliant. This is a car that typifies everything that was great about Britain in the 60s - achingly stylish, rakish even, quick and perfect for the sort of trans-continental assault that our chaps kicked off at Dunkirk. Lovely. 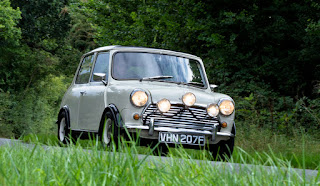 If you wonder where it all went wrong for the British motor industry, look no further than the original Mini. Here was a clever, original design that met a clear market need. The trouble is, Austin got so carried away with its own sheer genius that it forgot to work out whether the car made any money. It didn't. Then, with a sizeable hit on its hands, the same team fumbled the ball trying to come up with a replacement.  It took them until the not-quite-brilliant Metro of the 1980s in fact, a car that was actually outlived by the car it was meant to replace. 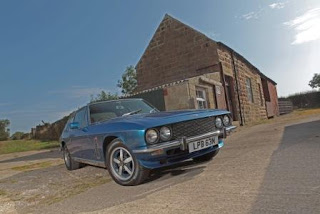 You may spot a theme developing here.  The Jensen was a great idea, conceived in just three months, and sold by the bucket load, mainly to America. It's GT style and thumping V8 even appealed to Cliff Richard. And yet the plucky West Bromwich firm struggled to make the Interceptor very well and entirely messed up replacing it, lumbering through various half-baked designs that barely got off the drawing board. Not even a chipper lady in hot pants can make a brown Austin Maxi look sexy. The Maxi was another of those brilliant ideas that floundered in the execution. It's hard to believe now but the Maxi was a big seller, giving The Man In The Street his first taste of hatchback motoring. That it looked awful and had the gearchange from hell were surely minor inconveniences when you could fold the seats into a handy double bed...

In the 1960s and 70s Ford really could do no wrong.  Unlike the rest of the British motor industry, Henry designed cars that looked good and built them to last. The key was simplicity - great designs that covered basic and often antiquated mechanicals. The Capri was perhaps the greatest of these, an E Type for the masses that was simple, stylish and could be endlessly personalised with options and specification. 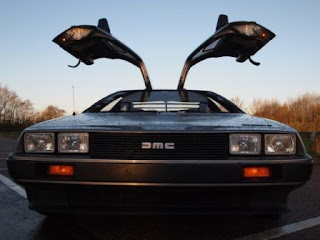 Oh dear. The DeLorean flips open its silly doors and gleams its stainless gleam like an over-eager cheer leader. And yet, somehow, despite everything, it remains brilliant. And there is a lot to despite: it's slow. It's dismal to drive. It's impractical. It's the ultimate parts-bin lash up. It's unreliable and built very badly indeed. None of which matters a jot when you see one parked up in Sainsburys. The DeLorean is a ray of sunshine on a dull day.  It is, despite all the despites, great.


At Great Escape Cars we've got several of these cars available to hire. Find out more at www.greatescapecars.co.uk or call 01527 893733. Drive 5 cars in one day on one of our road trips for just £199.