Is it time to love the MGF? 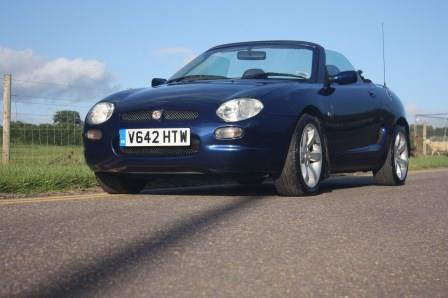 Pity the MGF. Launched in the shadow of the MX5, it was always the drop top sports car that you shouldn't buy.

And yet, in a manner repeated years later in a vote about Europe, The People didn't listen and the MGF outsold the Mazda in the U.K..  They thumbed their collective noses at the media and made it easily the UK's most popular convertible.  Buyers loved it despite its high price and shonky reliability because it was a blue-blooded British sports car - and a MG to boot.
That popularity, however, became its Achilles Heel. The MGF had a fatal flaw - it ate head gaskets for lunch - and as a used buy supply massively exceeded demand.

Today, over 20 years since those first MGFs hit the road, the car has a slightly mixed legacy. There are a lot about, they're not quite classics yet and the image is an odd mix, a sort of tweedy hairdresser in a flat cap. And yet, I think the MGF is a sure-fire future classic.


Rover had been playing around with reintroducing a sports car since the 1980s, but with no great conviction.  In 1989, when Vickers bought the company, that changed, helped in part by the success of the F's nemesis, the MX5. From then on development of a 2 seater sports car picked up pace and the MGF was launched in early 1995.

The new car was made possible by incorporating a lot of parts from other cars, including the Metro and Rover 200.  But it was still, on paper, a revelation - mid-engined and rear drive with a punchy 1.8 litre engine. It looked good too, managing to make a nod to Heritage without becoming its slave.
But from the driver's seat the impression was less positive. The steering was ultra light, with very little feel, the Hydagas suspension was too soft and slow for press-on driving and the interior, well, it fell apart quite a lot. 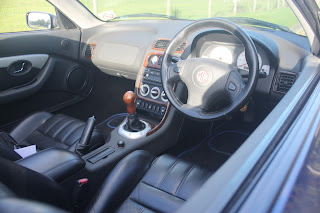 This only seemed to matter to journalists. In the mid 90s British buyers still had a residual 'buy British' bias and they liked the F's relative comfort and luxury compared to the Mazda. They didn't like the head gaskets made of cheese, though. Poor production techniques and cost-cutting meant that head gasket failure was a 'when' not 'if' time bomb affecting early cars. MG Rover took three years to identify the problem but even later cars suffered.
Along with MX5s of the same period, F's also rust. A lot. Tatty MGs quickly became a common sight beside busy roads, their roofs ripped and tyres deflated.

And yet the MGF's fundamental strengths saw it remain in production until the company's in 2005, gradual but minor tweaks - and a new name - keeping it vaguely relevant to buyers. These also saw it relaunched when MG was reborn under Chinese ownership. There's a strong argument to be made that the F's success enabled the brand to live on and evolve into the current range of mainstream models. 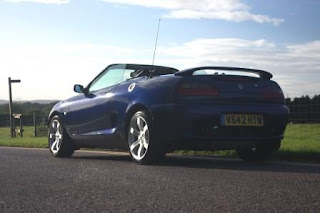 The MGF is currently in that dark no-man's-land between banger and classic. My own low mileage F cost £600 a few years ago.
The sheer volume of cars flooding the second hand market pushed down values, making costly head gasket repairs uneconomical for used buyers and giving the MGF a risky reputation.
But that appears to be starting to change.  With the earliest MGFs now over 20 years old values for good cars are beginning to rise - £1,500 is now about as cheap as they get. Attracted by the low prices, most buyers end up swayed by the car's character and abilities.

This has to be good news for anyone after a cheap, fun, modern classic.  Because the F really is fun - with the head gasket sorted it's easy to live with, easy to drive and as reliable as any other mass-produced mid-90s car.  We've had one on our hire fleet for a while for those very reasons.  It's never been a great money-spinner but it's gradually growing in popularity.

As rough cars fall by the wayside, MGFs will become scarcer and good cars more sought after.  I wouldn't be surprised if, in a few years time, the MGF occupies a similar place in a our hearts to the MGB.  It's certainly a much better car.