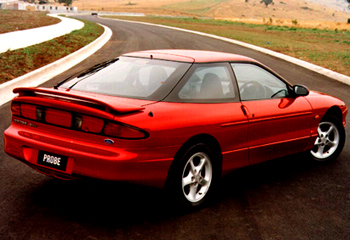 Perhaps in an age where we have a flappy-haired, floppy-mouthed reality TV star leading the free world I shouldn't be surprised that car companies spend money on daft ideas. But I am. And I like it. Laughin' Lenny Cohen sang about cracks in things letting the light in and he was spot on.
Because sometimes, quite often in fact, car makers offer us cars that are simply rubbish. They expend millions, perhaps billions, developing products that we just don't want.  Not cars we didn't realise we want, but discover we do want, like a new Mustang, but ones we will never ever buy. Here are my favourites. 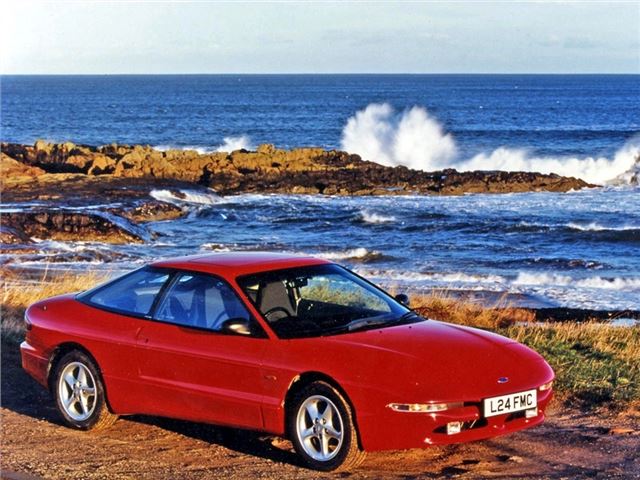 For 20 years from the 60s to 80s Ford gave the world exactly what it didn't realise it needed and wanted - the Ford Capri, a cheap sports car that did nothing particularly well except look good. It doesn't feel like rocket science to repeat this successful formula, except the Ford Probe proved it was.
The Probe was, inexplicably, designed by Americans to look a bit like a shark. It actually looked alright, in a mass-produced chunky Ford sort of way. But it was soft and flabby to drive and sit in, ideal for freeways but not the a38. Then there was the name. Oh dear Lord in Heaven there was the name. How that happened has to be one of marketing's great mysteries, but a group of intelligent people tried to reinvent the wheel and failed. You had the name - Capri.

Of course, Ford tried again with the Cougar, clearly determined not to relinquish the Capri's stranglehold on blue collar sports motoring.  A better effort, the Cougar was still too American, plus the embryonic cab-forward 'edge' styling was a bit rubbish. But it was launched long after the train had left the platform - by then we were all driving BMW coupes. 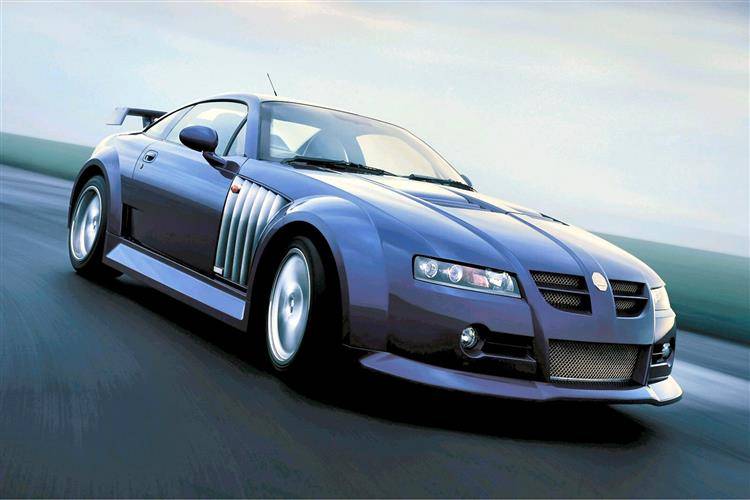 When you're an ailing mass-market car maker trying to eke out survival with a creaking product range, then of course the obvious route out of your problems is to spend scarce money on buying an Italian company that has been trying to make a low volume sports car. For quite a while.
This is how we got the MG XPower SV, the awkwardly named and styled coupe that appeared as a concept in 2001 and then as a car in 2003.  It started life as a DeTomaso then became a Qvale, named after Kjell Qvale, who owned the company (and used to own Jensen). Apparently the Phoenix Four hoped the SV would give them a foothold in the USA and a halo car elsewhere.  None of that happened. Endless production problems, plus the fact nobody actually wanted a £65,000 MG, meant just 83 cars stumbled onto roads before MG Rover collapsed. More money was lost and nothing, absolutely nothing, was gained.
The SV remains an orphan today, a half-finished car that looks a bit odd and isn't anything special to drive. A shame, because I applaud the ingenuity, less so the impact this incompetent fiddling had on thousands of jobs. Oh, I know, including the Allegro on a list of failures is like shooting fish in a barrel. But it is a textbook example of incompetence. And the reason why it failed is often misunderstood. The Allegro, judged on the criteria it was intended to fulfill, was arguably a success. It was meant to be a left-field, innovative family car like a Citroen GS (BL believed Austin was Britain's Citroen). So even though it looked a bit odd, that was ok with management because Citroens did too. And it had an unusual steering wheel - just like Citroens. This was all looking very, very good from the lofty heights of the BL Boardroom.
It looked less good from elsewhere. In fact, everywhere else. British car buyers didn't buy Citroens because they thought they were weird. European car buyers, a big target for BL, bought conventional Peugeots rather than Citroens. Nobody was asking for a British Citroen. They just wanted a decent car to drive from A to B.
The Allegro's predecessor, the 1100, was advanced but managed to be mainstream and conventional. But the Allegro dialled up the quirkiness to 11 and consequently arrived to satisfy a market that didn't exist. So it had to compete against conventional cars like the Escort and Golf, where its quirkiness was written off as silly and pointless. It didn't help that it was badly built and unreliable.  But so were other BL products. The Allegro makes this list for its uniquely wrong response to market trends. 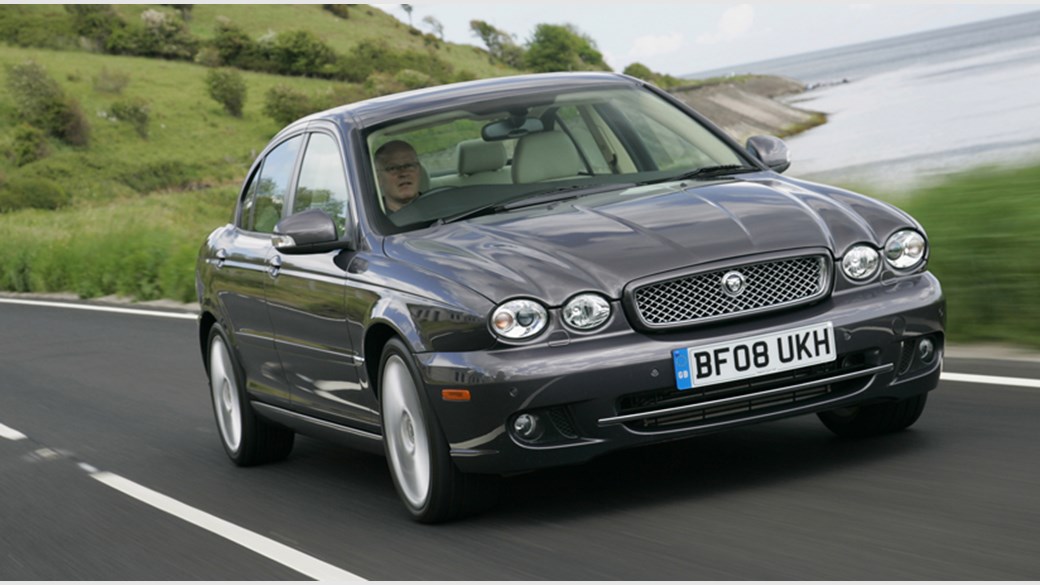 Poor old Jaguar.  When Audi reheated VW running gear to create premium cars, nobody batted an eyelid.  When Jaguar tried the same trick, turning the Mondeo into the X-Type, nobody forgave them.
Jaguar had tried to create a car that would appeal to its loyal customer base, one that looked like a shrunken XJ6, with lusty six cylinder engines and acres of wood and hide. But those humble origins, despite being very capable, just wouldn't go away.
For most would-be buyers, the Ford connection wasn't really the X-Type's problem though. Like the dumpy S-Type, the new car didn't so much nod to Jaguar's design heritage as slavishly recycle it. Its fuddy-duddy cravats-n-golf image sat at odds with the thrusting style of BMW's 3-Series and Audi's A4. It was a serious mistake and one that reflects an over-reliance on customer focus groups instead of blank sheet planning. 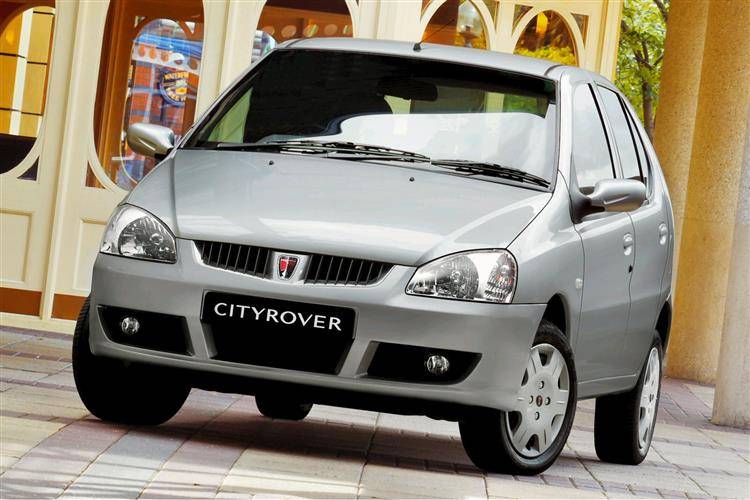 By the mid-noughties MG Rover was beginning to panic. Rejuvenating the MG brand had been inspired, and there were innovative, low cost initiatives like the jacked up Streetwise.  But the CityRover was neither.
The idea was a good one.  Rover needed a supermini but had no money to develop one. So buying in someone else's model made sense. And calling it City Rover sort of fitted with the Land Rover and Range Rover line of thinking.
Where all this fell apart was, as usual, in the execution.  MG Rover chose to partner with Tata, which had just launched the Indica city car.  This was hastily 'Roverised' and launched in 2003, with Rover importing cars from Tata in India. Up to this point everything seemed spot on - it needed minimal investment so was low risk.
The problem was the car.  What worked well as an uber-cheap runaround in India worked less effectively in picky Britain, particularly when priced at nearly £9,000. It felt cheap, poorly built and spartan. It was a long way from feeling like a Rover, even the much-deteriorated Rover of 2003.
Once again Rover had tried to pull a rabbit out of the hat without buying a rabbit. Or hat. The CityRover contributed to a sense that MG Rover was in the last chance saloon. And it was.

Get behind the wheel of your favourite classic car with our driving experiences and self drive hire.