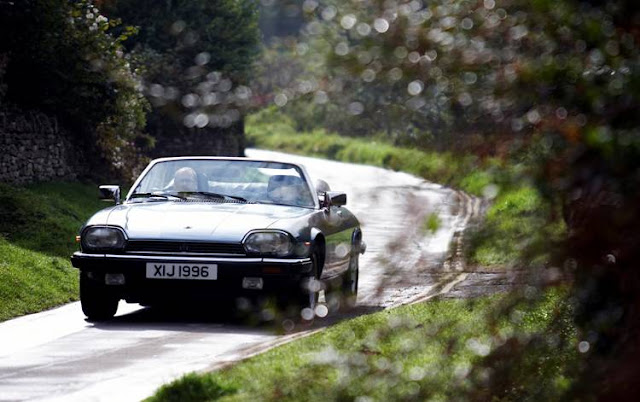 Some cars demand investment, others are less sure of themselves.  Where even the most decrepit E Type will find someone with deep pockets, its successor the XJS has people digging less deep and less often.
The reason is, of course, all about economics: the E Type is a £40,000 plus car, the XJS can still be had for a few thousand.  Even the best only nudge high teens.  So when a XJS needs restoration, the arguments for and against are much more balanced - and often weighted towards 'scrap it.' 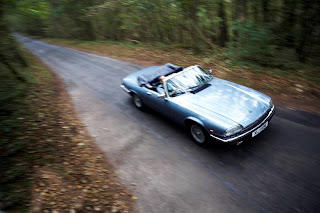 This is a real shame because, like the E Type before it, XJS values will only go one way.  It's the last 'proper' Jaguar before Ford took over and the last one designed with input from the firm's founder William Lyons. That it also uses the superlative Jaguar V12 engine should be enough to have speculators reaching for their wallets.
Right now this creates something of a dilemma for XJS owners who want to restore their cars.

Although values are beginning to rise, the economic argument is against them - even a light bodywork or mechanical restoration will quickly equal the value of the car.
All of these issues were in our minds when we were approached to repair a XJS V12 convertible.  The car had suffered head gasket failure, a common issue with this engine, and the gearbox was showing signs of weakness.  Fixing the head gaskets and renovating the gearbox are potentially costly jobs - the former tends to be labour intensive because of the engine's structure and complexity while the latter relies on scarce replacement parts and even scarcer specialists willing to take it on. Taking this route would have rendered the car scrap because the costs would quickly have matched or exceeded its value. 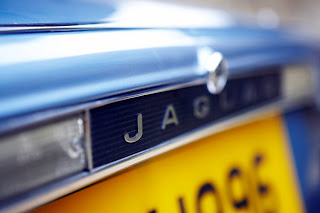 We scratched our heads and considered other options.  We've worked on several XJS' over the last 12 months, in each case the economics have been the driving factor in our approach.  For owners, these are cars of relatively low value but high sentimental worth - and probably high future value.
Luckily, having worked on these cars for a while, we've got a good network of contacts.  So we were able to source a very good low mileage engine and gearbox from a reputable specialist. This option, at just a few hundred pounds, avoided the huge labour cost of replacing the heads and refurbishing the gearbox.  It would involve removing and refitting the engine and box, but this would have happened whichever route was used. 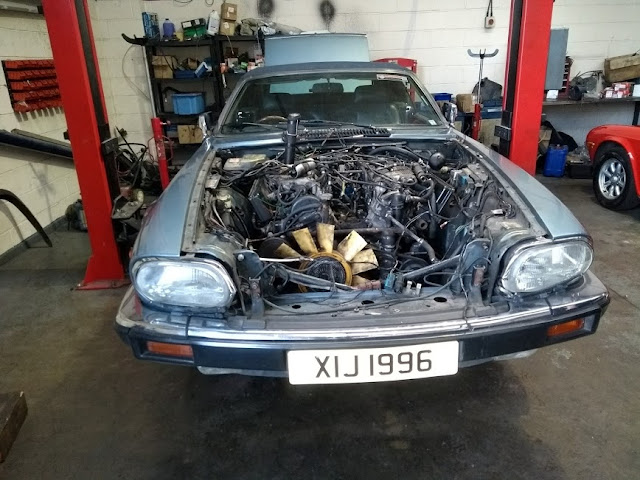 Some additional labour was required to transfer the ancillaries and injection system across, but this was not significant when set against the saving.  To complete the job we reused the water pump, distributor - which we retimed - injection system, and inlet and exhaust manifolds.  New parts were limited to resealing the sump and rocker cover gaskets, inlet manifold gaskets and studs and new belts. 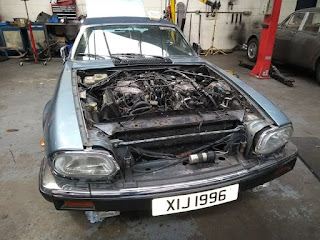 The end result involved 70 hours work and less than half the cost of replacing the head gaskets and refurbishing the gearbox.  The car now runs significantly better than before, being more free-revving and responsive to throttle inputs.