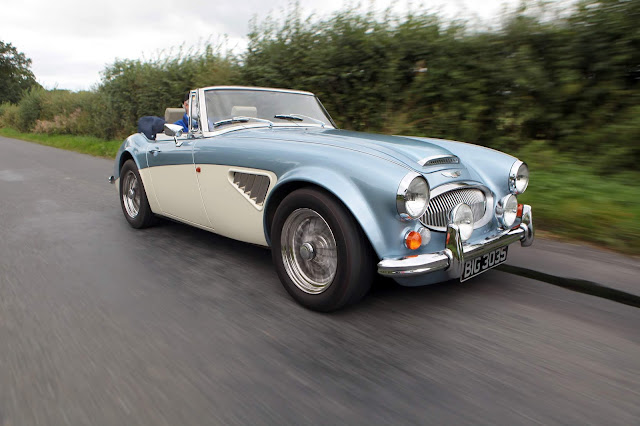 HMC is the car company most people have never heard of. Back in the late 90s a group of car enthusiasts in Stroud came up with the cracking idea of bringing the 1960s Austin Healey a new lease of life.

This was in an era when retro cars and styling were in vogue and their plans were to create a 'continuation car' - one that borrowed a lot of the style and character of the original, but updated for a modern audience.
The result was the HMC MkIV, a brilliant factory-built sports car that is eons away from the kit car copies that try to breathe new life into the Austin Healey style. Developed with input from the Healey family, less than 200 were built before parts dried up. It would even have been called a Healey if a last-minute trademark dispute didn't scupper those plans.

What makes the HMC so good is its spaceframe chassis - just like a TVR - and its thumping 3.9 litre Land Rover V8 engine. This was one of the last developments of the original 1960s Rover V8, a power plant that was dropped into many, many brilliant cars from the Rover P5B and SD1 to various TVRs and MGs. Light, compact and torquey, this V8 is also durable and reliable. 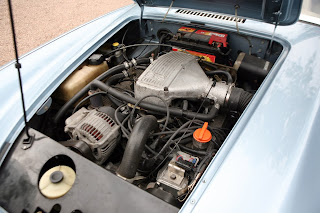 Until, at least for this car, one day late last year. In fairness to the engine, it wasn't it's fault that an oil pressure switch let go, probably a symptom of age or cheap replacement parts somewhere down the line. The car is run by our sister company Great Escape Cars and was out with a customer - although they stopped quickly the car lost oil faster and cooked the heads.

We took on the job of identifying the problem and proposing a solution. it quicky became clear that a rebuild would be a risky proposition - it wasn't clear whether the engine had gone porous. Rebuilding it wouldn't necessarily create a reliable engine.

We recommended sourcing a good second hand unit. Removing and replacing the HMC engine is not easy but for us it is a known quantity - we've taken this one out several times over the years to check it over and replace various parts. 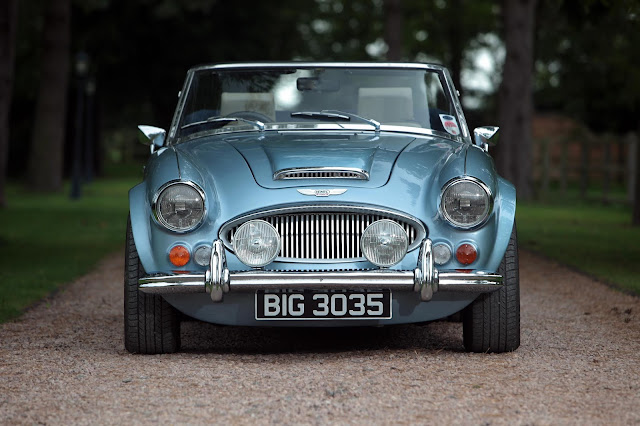 The car's owner, who leases the HMC to Great Escape Cars, found a good, rebuilt 4 litre Rover V8 and arranged delivery to us. Unfortunately - and probably surprisingly to many - there is a huge difference between the 3.9 Land Rover engine and the 4 litre. This gave us some problems when it came to stripping the old engine, building up the new one and fitting it to the car.

The 4 litre Land Rover 'Gems' engine differs from the 3.9 in some fundamental ways. Unlike the smaller engine it doesn't run off a distributor fed by the camshafts. Instead it has eight individual coil packs to create the spark for each cylinder. The crankshaft main bearing caps are crossed bolted for extra strengh and the crankshaft has larger journals, making it larger overall.

If this wasn't enough the inlet and outlet manifolds are also different, as is the injection system, timing cover and sump. 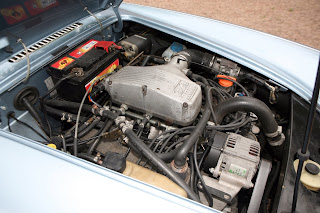 These differences meant that we could only use the cylinder block, crankshaft, pistons and cylinder heads from the 4 litre Gems engine.

To overcome the problems we installed a new camshaft with distributor drive and hydraulic followers as well as a new timing chain. These changes enabled us to fit our original front timing cover, distributor and water pump. To avoid the risks associated with using potentially worn parts, we sourced new rather than use the existing parts from the old 3.9 litre engine.

To build the 4 litre engine up we fitted our original sump and inlet manifold with injection system and installed the old exhaust manifolds. These needed slight modification because the holes did not align with the new engine. 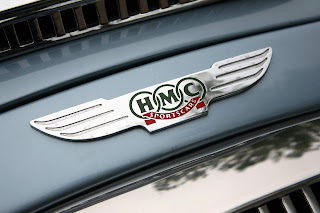 The work to convert the 4 litre engine to suit the HMC demonstrates the value of experience with a particular car. The HMC is a very low volume sports car, and each one has its own quirks, but we have maintained this particular car for 7 years. So we were able to shortcut some of the head-scratching and confusion that might have confronted other workshops when faced with this problem.

Once fitted the car developed a radiator leak, which was repaired locally by one of our specialists. And initially the car was overheating. This was a simple fix requiring a new thermostat.

The new engine is running well and gives the HMC a little extra performance over the 3.9 litre V8. Although using the 4 litre created some additional problems, our knowledge of this car and engine meant we could plough through and give the owner a cost-effective solution and, above all, give Great Escape Cars a reliable hire car for the new season. 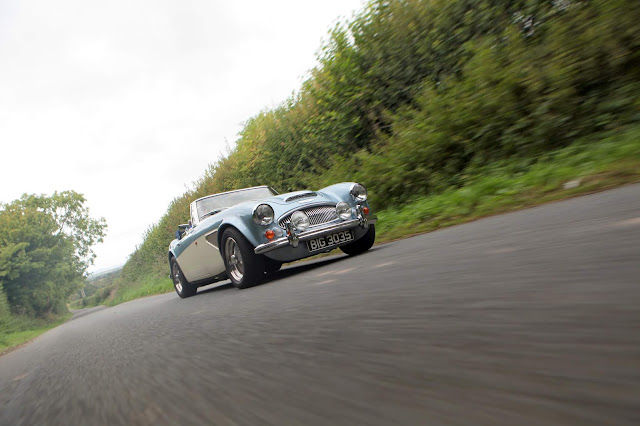 Classic Fixers maintains the Great Escape Cars' classic hire fleet, which is the largest in the UK. You can find out more about them at www.greatescapecars.co.uk or call 01527 893733.