The World of Trim 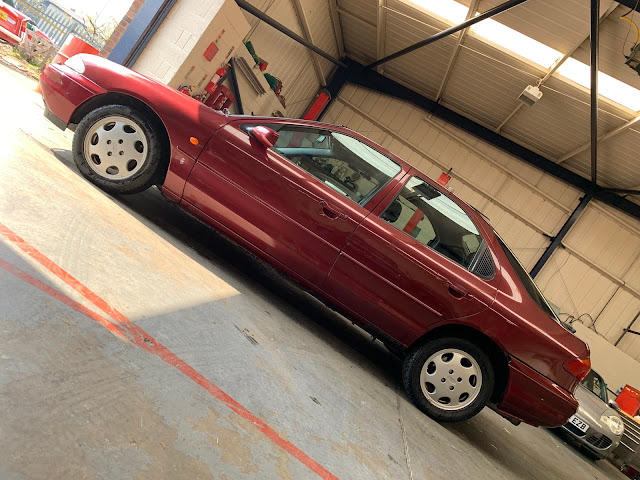 The world has changed dramatically in 25 years. Smart phones and the internet have revolutionised how we live and interact. There's a reality show star in the White House. We're no longer part of Europe, the big ole landmass we helpfully liberated all those years ago.

And a Ghia badge on a car means absolutely tap all.

It wasn't always thus.  Back in the 70s and 80s the good folk of Britain - and, quite possibly, further afield - exhibited their status and one-upmanship not by buying taller cars with ludicrous names and nomenclatures, but by buying the same car as everyone else but better.  And everyone else - specifically him and her next door - knew it was better because of The Badge.  And there was, quite simply, no better badge than Ford's Ghia.

Nailing the crest of the once-illustrious Ghia design house to Fiestas, Cortinas, Sierras, Escorts and Granadas was, quite frankly, a masterstroke.  As an example of automotive marketing it may never have been bettered.

But it wasn't actually an entirely new idea.  In the late 60s Ford created a model trim heirarchy that deliberately played to our social anxieties.  This initial foray into twisting our psyches used simple letters - L, GL, GXL and E, apparently for Executive.  It was designed to flog cars to fleet buyers, the different trims signifying how far up the greasy pole you'd managed to squirm. Once established, the idea also worked for private buyers.

And boy how we bought into the symbolism.

By the mid 70s other car makers had followed suit, which meant that Ford's trim labelling was starting to look a bit mundane.  And that's where the firm played its trump card.  Ford had bought the Ghia business so that it could get at the firm's design know-how.  At the time wasn't particularly bothered about the brand name. 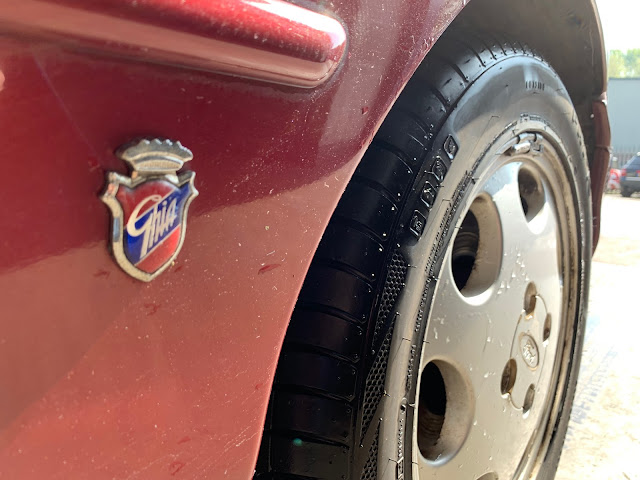 That all changed when the marketing bods got involved.  Most Ford Cortina buyers may never have heard of one of Italy's best car design companies, but they could instantly see that its logo crest looked quite nice and the name sounded a bit posh.  Particularly when nailed to the wing of a Cortina with velour seats, alloy wheels, chrome trim highlighting and padded inserts in the headrests.

And so the Ghia-isation of Britain began.  Ford's trim specifications were so cleverly developed that Ghia remained the ultimate, just-about-achievable aim of every suburban regional sales manager from Andover to Accrington. The Cortina made way for the Sierra which made way for the Mondeo and throughout all that change Ghia remained the pinnacle of real-world success. 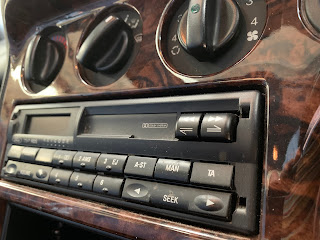 Now, when our cars all look the same irrespective of trim 'bundle', it's hard to appreciate just how in love with car trim symbolism we were back then.  But company cars were a relatively new phenomenon and a very obvious display of status and wealth. People wanted a quick way to assess and box the new people at number 32 and their car provided it.  Ford's idea was so successful because it was so simple and compelling.

I grew up in suburban Surrey of the 1970s and 80s and, even as a teenager, I knew exactly how the world worked.  I could define and judge everyone in our long street based on the cars they drove, despite never having met them.  The immaculate Escort 1.3L belonged to a retired couple who appreciated simplicity.  The Granada GL was driven by the regional manager of a local carpet firm. And, awful as this is now, mostly I was right.  Ford had tapped into our social DNA.

I look back on this now with a mix of horror and admiration.  It's a shocking indictment of the place I grew up in that we judged and boxed people so willingly.  And yet, there's also something comforting about it - there was a place for everyone and everyone knew their place. 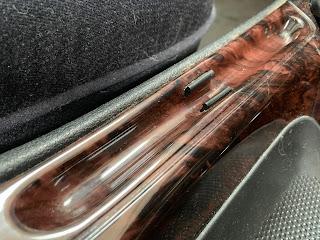 Inevitably, when I started working I found myself climbing the greasy model trim pole. And, of course, I did it in a succession of Sierras and Mondeos, since the firm I worked for only bought Fords.  I quickly discovered that if the World of Trim had been a priority in Suburban Surrey, it was an obsession within the closeted confines of a double glazing manufacturer.

My positon at the company was lowly but  on my first day I was given a Sierra GL.  Clearly it was the last car left in the compound - its asthmatic 70 bhp 1.6 had to be hauled kicking and screaming up any semi-steep ascent like a dog being dragged for a bath. But it was a GL, with velour seats and a rev counter.  And that meant my wheels upset quite a few of the area sales managers.

That jealousy and bating was, it quickly became clear, an essential part of the working environment.  Ford may have created it but the company clearly relished it.  For most a hike from LX to GLX meant far, far more than a pay rise because it was something everyone could see.  And, for my bosses, cost virtually nothing. 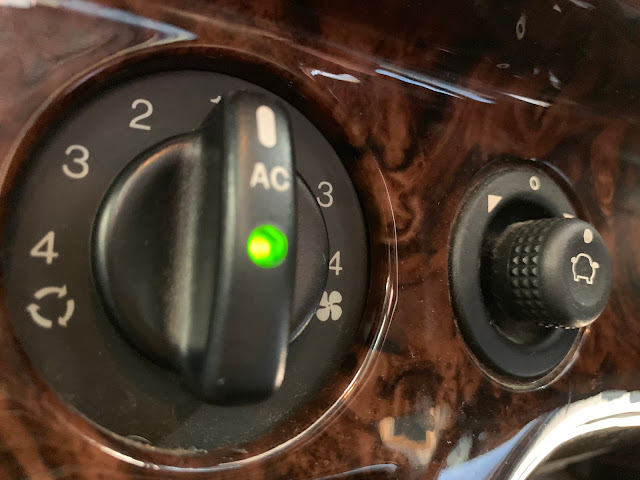 Eventually, after a few years, I achieved the Holy Grail, a Tourmallard Green Ford Mondeo Ghia.  I loved it.  I cherished it.  I admired its full suite of electric windows, it's electric sunroof and its thick velour seats.  The faux timber dashboard was a thing of unmitigated beauty.  The airconditioning a new-world pleasure I could barely believe possible.  The rechargeable torch, the little lights in the door handles, the footwell lights and the headlamp washers, all minute symbols of everything I'd striven for and achieved.

And then, just as I was electrically adjusting the height on my Mondeo's seat for the first time, Ford screwed it all up.

By the mid 90s the Germans were muscling in on the fleet market.  Where Ford had GLX and Ghia, BMW and Audi had, well, BMW and Audi, brands so premium that sales managers didn't care about trim levels.  They just wanted one.

The Germans turned the fleet market upside down and with it the whole World of Trim. Because their brands were premium they didn't need to drizzle them with badges and trim levels.  Every BMW 3 Series from 316 to 325 looked exactly the same until you specified it with leather or alloy wheels.  Which nobody did because fleet managers wouldn't let them.  There were no trim levels, just options.  And one of those options was 'badge delete', which meant you could drive a 316 and Nobody Would Know.  Or Care.  Because it was a BMW.  Fleet managers let you do that because, oh how clever BMW was, it cost nothing.

The premium brands worked for companies too because they didn't depreciate like Fords - so they were generally as cheap or cheaper to lease.  Almost overnight Ford's mighty World of Trim was felled to the ground. 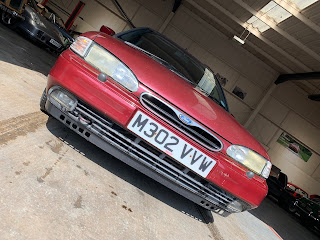 The company fought back valliantly by trying to split the atom - it created the Ghia X, a posher version of the Ghia which in reality meant the lowlier Ghia got less posh and therefore less desirable.  Then came the Titanium and Titanium X, cars that were literally weighted down with options.

None of this worked because Ford was Ford and not BMW or Audi.  But it hasn't stopped the company ploughing on with the idea, recently launching the Vignale models, uber-posh versions that revisit the chrome laden theme of those 70s Ghias. Vignale, of course, is another Italian design house bought by Ford.

I'm not sure how I feel about all this really.  There was something awful yet reassurring about the badge snobbery of the 70s and 80s that we've lost in the blandness of modern motoring. 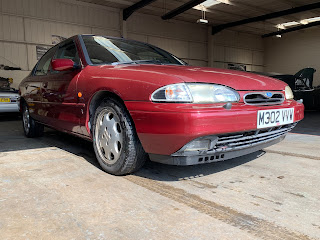 My nostalgia may explain why I recently bought this 1994 Mondeo Ghia.  That it's the creamy V6 seems by-the-by compared to that Ghia badge.  It's one of the earliest V6s and must have been quite a punt for the buyer back in 1995 when BMW and Audi were setting out their stalls in the UK market.

I bought the car for £50 and, after putting it through a MOT, have been running around in it enjoying its V6 loveliness and cossetting velour interior.

It's a low owner car that's scruffy but solid.  My workshop www.fixclassiccars.co.uk got it back on the road and I've been enjoying it ever since.

It really is a lovely thing - comfortable, quick, superb chassis and well specified of course.  And you'll be able to see it on 20th July as I'm taking it to the Festival of the Unexceptional.  Hopefully I'll see you there - come and say high and feel free to pigeon hole me on the social tree.